What Does “Inappropriate” Mean When It Comes to Social Media?

We’ve all heard the advice, whether from parents, friends, family, colleagues, or bosses: “don’t post anything inappropriate online”. Once you’ve said that, most of us assume the person with whom we’re speaking, has gotten the message, to be thoughtful before you share online.

The problem is that the terms “appropriate” and “inappropriate” and intentionally vague – what one person deems appropriate online behavior might be considered inappropriate by another; an idea that was summed-up by Justice Potter Stewart in his concurring opinion written in the 1964 Supreme Court decision for Jacobellis v. Ohio about obscenity where he wrote “I know it when I see it”.

Businesses not only need guidelines, like a comprehensive Digital Engagement Policy for their employees when it comes to online sharing, but they also need to provide them with training.  Most of us were never “taught” social media, we simply adopted and adapted as new platforms appeared, making up our own rules for “appropriate” usage along the way.

Employees, like it or not, represent, or are easily associated with their employers online. So, when employees make an “inappropriate” post, that unintentional social media faux pas can have a negative effect on the company at which they work.  Here are just a few examples:

I always remind people that while you are free to make your own decisions regarding what you choose to post online, you must understand that with that freedom, comes consequences.  And for employees, who violate company social media usage guidelines or who cause an employer’s brand to suffer as a result of their actions, those consequences could lead to termination.

Just because you think something is fine to post, doesn’t mean that others who see it won’t be offended by it or think poorly of you (or your employer) because of it.

Like it or not, in the 21st century, we are all judged (and we all judge others) to some extent based on what we see online. While we are free to express ourselves, we are decidedly NOT free from judgment or unintended consequences based on what we choose to share.

Most people don’t post anything with the overt intention of being inappropriate and many are surprised when they find themselves in hot water because of something they shared online. 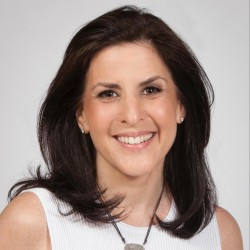 Julie Fisher
Founder at Echo70
Julie Fisher is the founder of Echo70, an employee advocacy consulting firm specializing in training employees to grow their brand's business.She is an author and a keynote speaker with 25 years of training and speaking experience and has previously worked as a teacher, a nonprofit director and a tech start-up CEO.

Latest posts by Julie Fisher (see all)
← Prev: Employee Advocacy is the BEST Way to Recruit New Talent Next: Audit Your Digital Footprint Before Your Look for a Job →

Audit Your Digital Footprint Before Your Look for a Job

Social media is usually the first place people go if they’re in the market for a new job. It’s a great way to connect with people who might be able to help you in your job search, see who’s hiring

Employee Advocacy is the BEST Way to Recruit New Talent

Ever wonder why you’re having trouble recruiting the people you really WANT to join your team?Perhaps it’s because

What’s a Personal Brand and Why It Matters